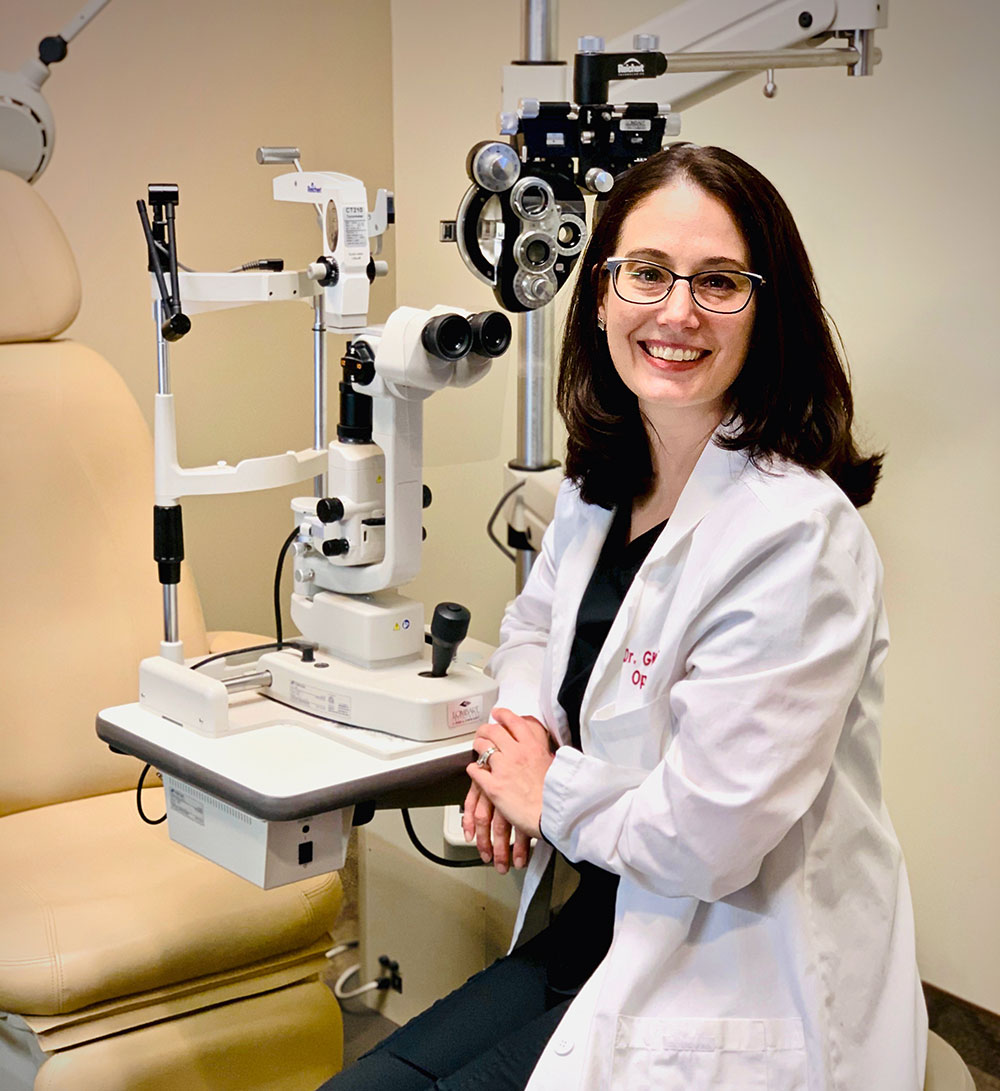 Dr. Gina Lippi was born and raised in Medford, NY, a small town in eastern Long Island. She completed her undergraduate degree at Villanova University where she was enrolled in an accelerated pre-optometry program. She earned her Bachelor’s of Science in biology from Villanova in 1997 and also earned a Bachelor of Science from Pennsylvania College of Optometry in 1997. She then went on to complete her graduate studies at Pennsylvania College of Optometry and earned her Doctor of Optometry degree in 2000.

After graduation she moved to Manchester, Connecticut and began practicing optometry in the independent doctor’s office located inside of Lenscrafters at the Buckland Hills Mall. She worked as the full time optometrist there for nine years and then as a part time optometrist for three more years before she decided to move to private practice. Dr. Lippi is a member of the Connecticut Association of Optometrists and the American Optometric Association. She enjoys seeing patients of all ages, including children and infants and believes that it is important to provide quality eye care in a relaxed and friendly environment. In her free time, Dr. Lippi enjoys spending time with her husband and two sons.

Complete Eyecare for the Whole Family

Eye exams are available for children as young as 6 months, and our services extend through to senior eyecare as well. Our services include comprehensive exams with eyeglass prescription and ocular health assessment, contact lens fittings, treatment and management of diseases, and full eyeglass sales, fittings, and repairs. Patients with conditions such as glaucoma, dry eye syndrome, allergies and conjunctivitis will benefit from our experience and dedication to eyecare.